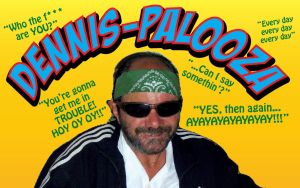 Hey there,
Sorry I had too many things to do last week and didn’t send out the weekly email.
I will make this email cover the next two weeks since I know I won’t have time next week. Warning: The Athens music scene is very dynamic and bands, times and places are subject to change and I won’t be in town to make changes or corrections.
I’m leaving for a 4 day festival on Fri then heading out the following week for Lockn’ another 4 day festival in VA. I may leave for the west coast (WA) after that so I may not be back in town until after Bear Creek in Nov.
Please don’t forget the Athens Human Rights Festival fundraiser is this Fri at Terrapin Beer Co. from 5:30 until 7:30. Rollin’ Home, one of my favorite bands and a long time supporter of AHRF will be performing. A Don’t Miss. Come out get some fresh air, grab a beer and make a donation. Also support the Dawgs. This is the opening of tailgate season.
I have posted both the Gov’t Mule shows, Jerry Day ATL, Jerry Jam, Cosmic Charlie and a few others. Check out 2nd night 2nd set track 3 Gov’t Mule, my favorite of the Mule shows. BTW Warren stayed late after both shows talking outside with the fans, a real class act. You don’t often see musicians as well established as he is taking time to meet and talk with their fans.
Tonight (Tues 8/26) is a benefit for a good friend and great musician Fester Hagood. He had shoulder surgery and suffered nerve damage and temporarily can’t play his guitar. Please attend and support a great person and help cover his medical expenses.
Nowhere Bar 9 p.m. $10. 706-546-4742 Tonight
ARM AID A benefit for Tuesday Night Confessional founder Fester Hagood, featuring music from Levi Lowrey, Betsy Franck, Danny Carter and Eric Hutchens (of Bloodkin), the Redstone Ramblers and The Salt Flats.

The Melting Point 7 p.m. www.meltingpointathens.com
CARL LINDBERG TRIO The local jazz bassist leads his new trio through a set of “Gypsy Djazz” in the style of Django Reinhardt.

The Office Lounge 8 p.m. 706-546-0840
REV. CONNER MACK TRIBBLE Newly relocated back to his old stomping grounds of Athens, Tribble is a Georgia rock and roll fixture. He hosts an “all-star jam” every Thursday.

The Melting Point 8:30 p.m. $20 (adv.), $25 (door).
THE SWINGIN’ MEDALLIONS Perhaps best known for their 1966 hit “Double Shot (of My Baby’s Love),” today the Medallions are made up of children or other relatives of the original lineup and bill themselves as “the party band of the South.”

Monday, September 1
Nowhere Bar 10 p.m. 706-546-4742
BLUES NIGHT WITH BIG C Nobody in Athens sings the blues quite like Big C (frontman for Big C and the Ringers). Expect lots of soulful riffs, covers and originals.

Green Room 10 p.m. www.greenroomathens.com
HALEM ALBRIGHT BAND From rock to reggae, Americana to experimental, Halem Albright has been performing his blend of unique songwriting and electrifying guitar around Athens and Atlanta for the past few years.

Really bummer I missed last night’s Workingman’s Monday show at Nowhere. I had planned on going but was editing and posting music and forgot. My forgeter is better than my  rememberer. That was the only show I planned on catching in town this week. I might catch Bootsy or Kenosha Kid on Thurs but I’m leaving early Fri morning.
I hope to see y’all at the shows.
Peace and Love,
Kurt
http://livemusicathensga.com/
https://www.facebook.com/LiveMusicAthensGA 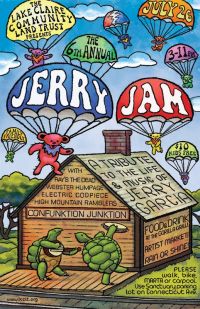 * I was stuck in traffic and missed High Mountain Ramblers and start of Maynard Hicks & Co.

Hey there,
Sorry this is late and that it will be a quickie. I’m still totally swamped.
Tonight (Wed) is a Project Safe Benefit at George’s Lowcountry Table and Sat is the We’re hEAR for You Fundraiser at Terrapin. Fri at Hendershot’s is Dennis-Palooza.
My favorite show last week was Kelvin Armstrong and Sam Burchfield at the HOOT. It was also the only show I went to. Did I mention I was swamped?
Don’t forget the fundraiser for the 37th Athens Human Rights Festival featuring  Rollin’ Home Aug 29th 5 PM at Terrapin Beer Co.

The Office Lounge 8 p.m. 706-546-0840
REV. CONNER MACK TRIBBLE Newly relocated back to his old stomping grounds of Athens, Tribble is a Georgia rock and roll fixture. He hosts an “all-star jam” every Thursday.

Nowhere Bar 10 p.m. 706-546-4742
DARYL HANCE Formerly the guitarist for JJ Grey & Mofro, Hance steps out on his own with an “unrelenting sonic blast of groovin’ rock and roll music.”

I have no clue where I’ll be going this week. I’ll try for Whisper Kiss but mid-afternoon shows are problematic as are Sunday shows. I’ll try for Experimental Night on Sun. I’ll also try for Dennis-Palooza and if I do I’ll catch the end of JP Blues afterwards.
I hope to see y’all at the shows.
Peace and Love,
Kurt
http://livemusicathensga.com/
https://www.facebook.com/LiveMusicAthensGA

Hey there,
Please save the date, Aug 29th 5 PM at Terrapin Beer Co. We are having a fundraiser for the 37th Athens Human Rights Festival. Rollin’ Home http://www.reverbnation.com/rollinhome will be playing so come on out for a great show and help support a great cause.
I heard a lot of Grateful Dead music during the two days of Jerry Day festivals last week. I may be biased as they are good friends but I think Cosmic Charlie smoked them all at their show at GATH last Fri. I recorded almost all the Jerry Days and of course the Cosmic Charlie show so you can decide for yourself. It will be awhile as I am so far behind in posting but I’ll put them at the top of the queue. I have dramatically cut back my recording schedule but I have over 450 hours of music backlog. I have also posted my 400th band. I have posted the Girls Rock Athens Finale, it’s a great cause and a lot of fun.
This weekend is the Danielsville Broad River Watershed Association Benefit. https://www.facebook.com/events/1443759669229040/
A sad note, Nic Wiles played in his last Blues Jam before he leaves for Nashville. He was there from the start of this monthly fixture in the Athens music landscape. His leaving Athens highlights the need for greater support of our music community. I’m doing what I can, y’all please do what you can to help support our musicians.
Here is something fun but it highlights the fact that even on a farm in Kansas musicians can draw a bigger crowd than we can in Athens:
https://www.youtube.com/watch?v=qs_-emj1qR4

I would love to go to the Broad River Watershed Association Benefit and camp out. It will be great fun but I doubt I’ll find time to go. I will try for Michael Guthrie and Blasting Cap on Sat any may catch Displace after that show. I will be at the HOOT on Mon. I always try to support them.
I hope to see y’all at the shows.
Peace and Love,
Kurt
https://www.facebook.com/LiveMusicAthensGA